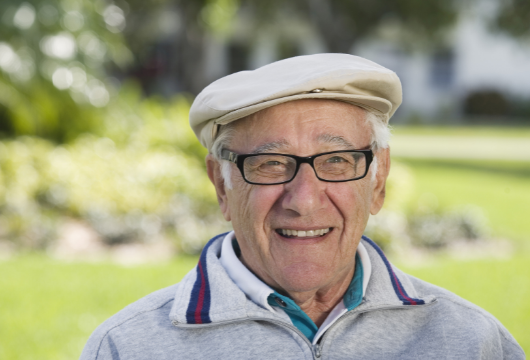 Gideon Taylor, President of the Claims Conference, said, “We are proud to announce this significant allocation at a time when these funds are critical, due to the age, poverty and increasing disability of our waning survivor population, and as they also continue to face the ongoing uncertainty and threat of COVID-19. We know these funds provide vital support during these difficult times.”

In recent years, during negotiations with the German government, the Claims Conference pressed the urgent need to increase home care funding for Holocaust survivors both in the United States and across the globe. The new allocations are distributed to social welfare organizations in regions where significant numbers of survivors live, to ensure vital services, such as home care, medical care, emergency assistance and food are available for Holocaust survivors in those regions. Funds for these vital services provide a critical lifeline to frail, elderly Holocaust survivors in need around the world, enabling them to live out their remaining days in the dignity that was stolen from them in their youth.

Greg Schneider, Claims Conference Executive Vice President, said, “Survivors will be supported wherever they live, whether war-torn areas or conflict zones, and no matter the obstacle. Whether in the face of the ongoing pandemic, issues of inflation, or threat of war, we are committed to providing home care, food and medicine to elderly poor Holocaust survivors. We will continue to fight for more year-after-year to ensure every survivor has the care they deserve.”

Among the organizations in the United States to receive grants is Jewish Family Service of MetroWest NJ (JFSMW) which is a comprehensive social service agency providing mental health counseling and support services on a non-discriminatory basis. The funds allow JFSMW to provide case management, homecare, emergency financial assistance, and socialization for survivors.

“Jewish Family Service of MetroWest NJ is grateful to the Claims Conference for their generous support, which allows us to maintain and enhance the dignity and independence of over two hundred Holocaust survivors in our community, as they age.  During COVID19, support from the Claims Conference has been even more crucial, as Holocaust survivors have declined significantly from prolonged stress and isolation.  The long-term impact of the pandemic is still to be determined, but the needs of our aging Holocaust survivors are only increasing.” stated Liz Levy, LCSW, JFSMW Coordinator of Holocaust Services.

Mark Sisisky, President of the American Jewish Joint Distribution Committee (JDC), said, “I cannot overstate how critical these lifesaving funds from the Claims Conference are to ensure the well-being of survivors in the former Soviet Union. As we see in Ukraine, and throughout the region, crisis can erupt at a moment’s notice and increase the plight and needs of survivors and other elderly. The services we provide them in partnership with the Claims Conference are a literal lifeline of care, dignity, and hope for better days.”

Marian Turski, Auschwitz survivor and member of the Negotiations Delegation, said “Funds negotiated by the Claims Conference and allocated to social welfare agencies are used to finance life-sustaining social services for needy survivors of the Shoah around the globe, implemented by accomplished and dedicated social agencies. In my home country of Poland, for example, I was able to see for myself the lasting impact these services had for survivors during the past two years, especially under the conditions of the rampant pandemic,” he said.

For more information about the Claims Conference, please visit: www.claimscon.org